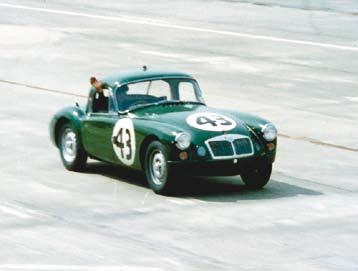 Let's consider one more example from skiing. A skier's legs are his suspension, and flexible knees with plenty of free movement up or down would seem advisable. The most frequent technical instruction ski instructors give is ‘bend zee knees', in response to which skiers tend to adopt a fixed bent position, which gives rise to stiff suspension and poor ski grip. The instruction was technically correct, but the effect of giving it was counterproductive. This paradox is often unrecognized by conventional sports coaches, who repeat their commands ever more passionately. The most effective way to achieve the desired soft suspension effect is to ask awareness-raising coaching questions, such as: how much do your knees bend?, when do they bend most in a turn? or what happens when they are most bent?

I am often asked how long this learning lasts if the technique is not explained. Learning or performing better through awareness and discovery is massively different from being told what to do. What you are told enters the mind, but it is the body, not the mind, that plays tennis or skis. Awareness results in body-learning and, as we all know from riding a bicycle, the body forgets far less easily than the mind. Tactics are largely intellectual, but technique is physical.

Does your coaching build inner self-belief?

There are a multitude of other important differences between new and old coaching, but I will restrict myself to one, which I think is probably the most important of all. When we learn through discovery, we feel totally responsible for our own learning. We feel that we did it ourselves, and that builds our self-belief and self-confidence. If I could give one gift to a practitioner of any sport it would be self-belief which, as the engine of success, is a bigger driver than technical ability and physical fitness combined. So how well does conventional instructional coaching serve as a method of building self-belief? Not well! And if you add to that the frustration that some coaches have and the criticism they deal out to their students, especially children, we have an excellent formula for reducing self-belief. Of course, many coaches are moving away from old methods, but that is on their own initiative rather than because coach training is leading the change. In some circles, they are still regarded as mavericks. Change is coming and it will come, but it will be a case of too little, too late. Some 25 years ago I went with Tim Gallwey to meet a leading figure in British tennis, and we were speedily shown the door; 25 years ago we ran ‘inner skiing' courses in Zermatt, until we were run out of town by traditional ski instructors who considered our methods bizarre. Seven years ago, the British Tennis Coaches Association asked me to set up Inner Tennis training for coaches; also seven years ago, a ‘new coaching' ski school started up in Zermatt and the old ski school is now struggling to survive as customers desert it for something better. Twenty-three years is a long time, but much of sports coaching still sleeps on.

Awareness is the key principle of the ‘new coaching'

While struggling to penetrate the establishment in tennis and skiing, I was happy to find an open door in an unexpected area: business. Coaching was not a term that had been used before in business, so it had not gathered the baggage of long-held beliefs and assumptions. Consequently, some 20 years ago we were able to apply ‘new coaching' to business performance and learning with trainers, managers and executives. I wrote a book entitled Coaching for Performance, to define coaching practice in business. It soon became a bestseller, published in 12 languages, and is now in its third edition in which I refer to the next frontier for coaching. It will be nice when sport catches up with the last one!

Changes in coaching should keep pace with evolution in psychological understanding, but coach education is slow to respond. Old coaching was based upon long-standing behavioural and cognitive principles, which were discovered to be incomplete and were enhanced by humanistic principles as far back as the 1960s. Tim Gallwey grew up in that era, and the Inner Game parallels humanistic principles of which awareness was the key. But Tim and others were already looking ahead to the next evolution of psychology that was waiting in the wings; known as ‘transpersonal psychology', this embraces the will, choice and personal responsibility and takes an even more holistic view of people and their development. It is fast finding its way into business practice. In my view, psychological evolution must lead coaching methodology. People from every sport pay lip service to the idea that ‘it is all in the mind', but for some coaches technical knowledge remains the be-all and the end-all. 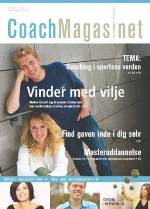